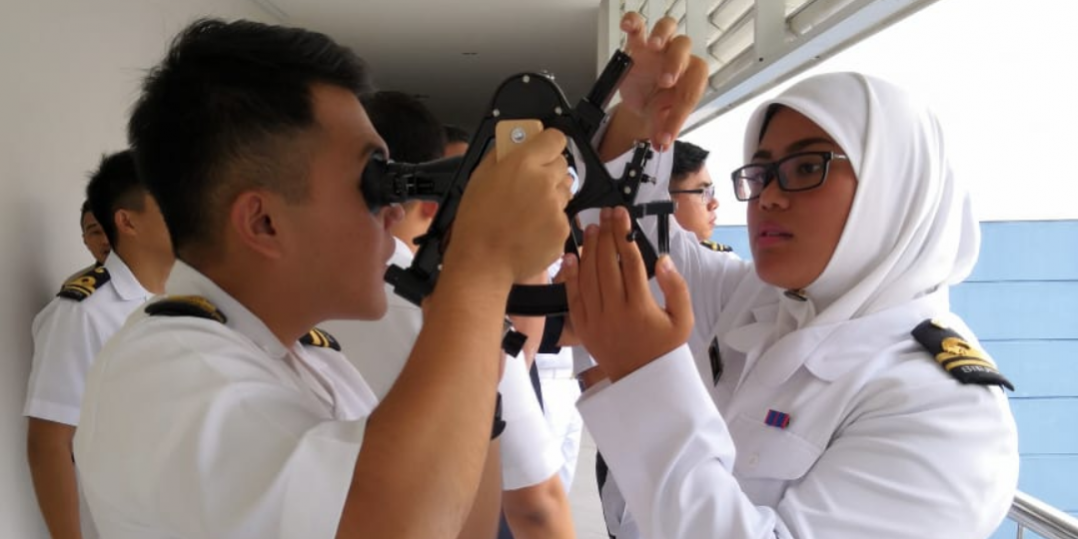 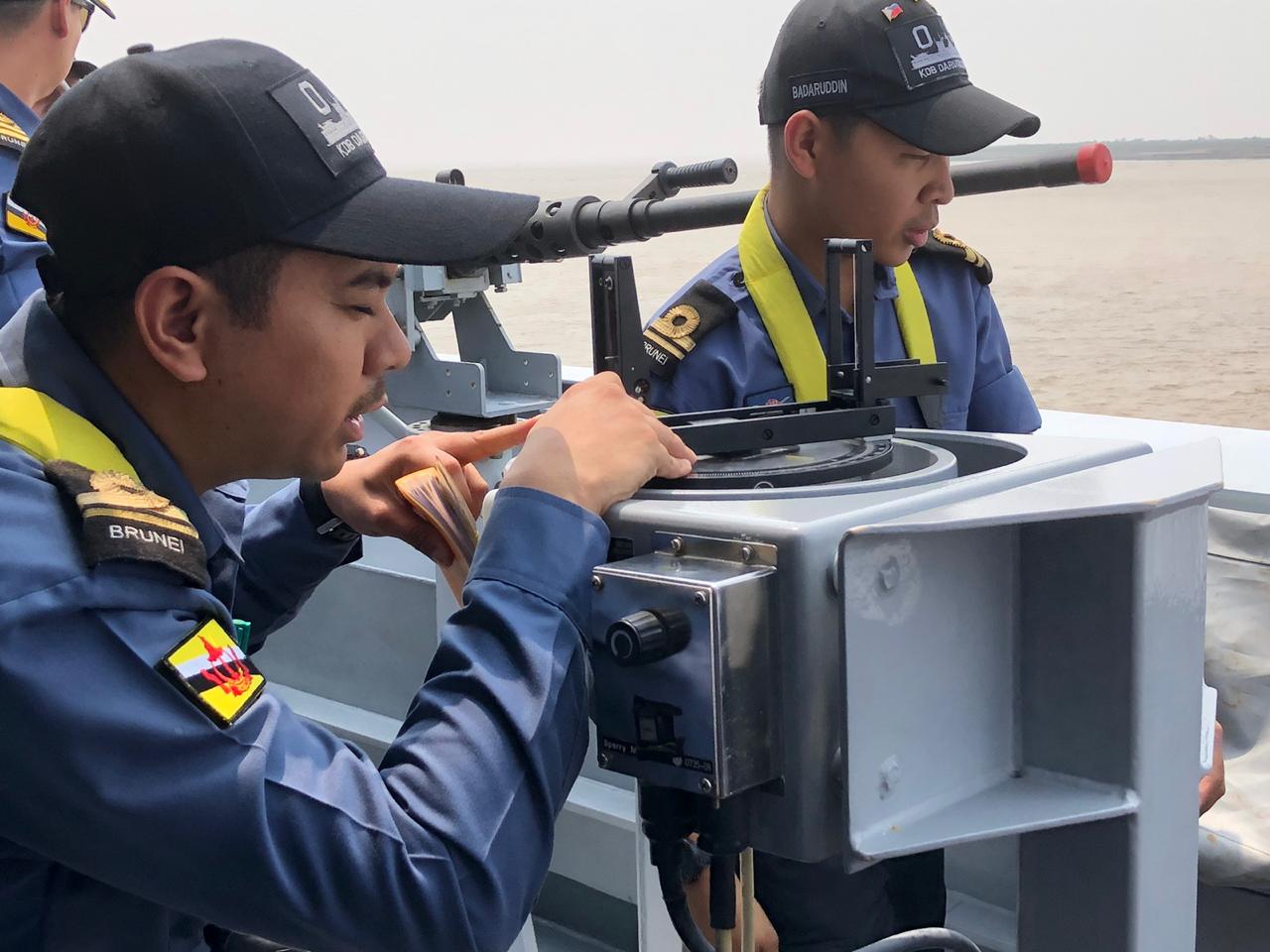 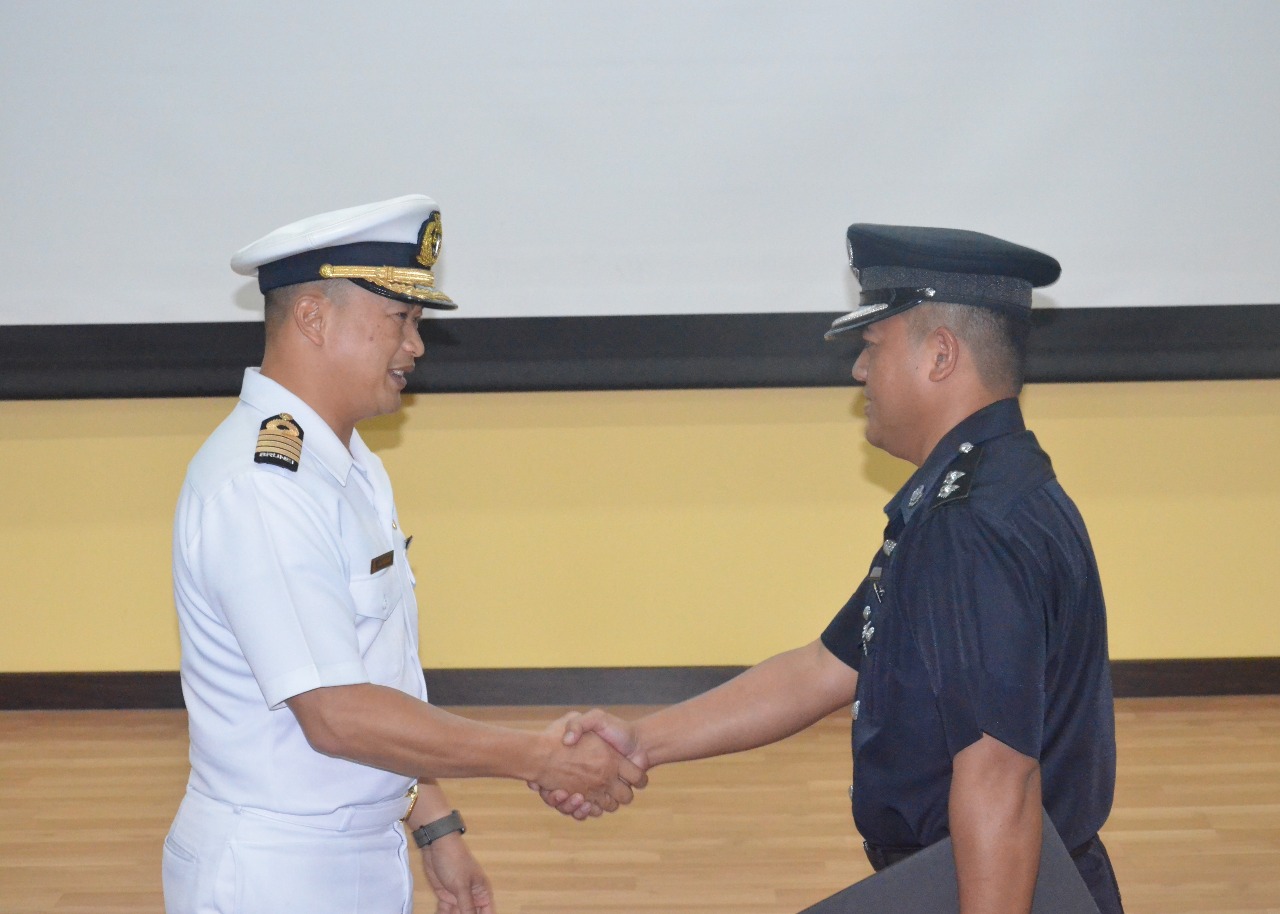 A Total of 12 Officers attended this course which includes 1 Officer from the Marine Police of the Royal Brunei Police Force. The SLC is a 3 months course which began on the 7th January 2019. This course is designed to train junior fleet officers in navigating ships safely in order to hold the Officer of the Watch (OOW) appointment onboard RBN ship. Added objectives for the course is to enhance professionalism of a competent OOW and be able to do Coastal as well as Ocean Passage Planning. Subjects that were included in the course also covered Navigation, Communications, Warfare, Fire Fighting and Damage Control. This year the SLC trainees had the privilege to join and participate with KDB DARUTTAQWA’s goodwill visit to Thilawa Port, Myanmar as well as participating in the Langkawi International and Maritime and Aerospace Exhibition 2019 (LIMA) at Langkawi, Malaysia. The deployment took place from 12th March to 5th April 2019 for a total of 25 days.

As part of the learning progress, an educational visit was also conducted during the end of the course period. The Marine Police Headquarters, Fisheries Department, Joint Force Headquarters and the National Maritime Coordination Centre were the places that was visited. An explanation and further understanding on how these government Agencies involve in the safekeeping our Maritime Sovereignty was appreciated. Finally, a team building exercise was held and organized by the Royal Brunei Technical Services at the Paintball Arena Jerudong on Friday, 12th April 2019. This was held to promote strong bonding and leadership skills amongst the SLC trainees.

Speaking as the course representative, Lt JG Mohammad Ikhwan bin Hj Junaidi shared their experiences and reflections throughout the course. He highlighted that the end of the course is not the end of the book but rather flips to a fresh page of a new beginning and success is not reflected in the results on exam papers, but the consistent and accurate implementation of lessons learnt.

The speech was followed by the certificate presentation to the course participants by the Guest of Honor. The closing ceremony ended with the closing recitation of doa followed by a group photo session with all the distinguished guests, staff and instructors.

DEPUTY MINISTER OF DEFENCE MADE AN INTRODUCTORY VISIT TO RBTS
October 26, 2022